Edit Flow: This is Why We Can’t Have Nice пожитки.

Edit Flow is a fantastic plugin: it basically turns a standard WordPress installation into a newsroom, with complete control of the editorial workflow. As far as code quality is concerned, it is enough to say that it is prominently featured as one of the recommend plugins on WordPress.com’s VIP service, and that the WordPress.com VIP team itself contributes to the development of the plugin.

I’ve gladly used a few times in the past, and have nothing but praise for the superior and elegant way it’s implemented.

You see, up to now, I’ve only used it on sites whose content is in English; however, now that I’ve recommended Edit Flow for a new project I’m consulting on (a very large WordPress installation for on-line news that are not in English), my troubles began. Granted, for a normal, admin-only plugin, those troubles could be ascribed to the chapter of “not a big headache, none of it is front-facing, visitors aren’t aware of its presence”, but in this case there is a significant difference: editors and journalists. These are people whose job is to prepare and edit content, and whose command of the English language, unlike that of their own, is most definitely not a requirement. In other words, they need their tools to work, and as much as possible out of their faces, so that they can focus on what matters: content. Again, that’s content that’s not in English, and which (as expected in a newsroom) is heavily transacted in WordPress’ admin area. tl;dr: the plugin’s interface needs to be in, say, French.

That’s when we discovered some localization issues. It was a dark and stormy night.

Here’s what I did (and if you didn’t know, what every translator more or less usually does): 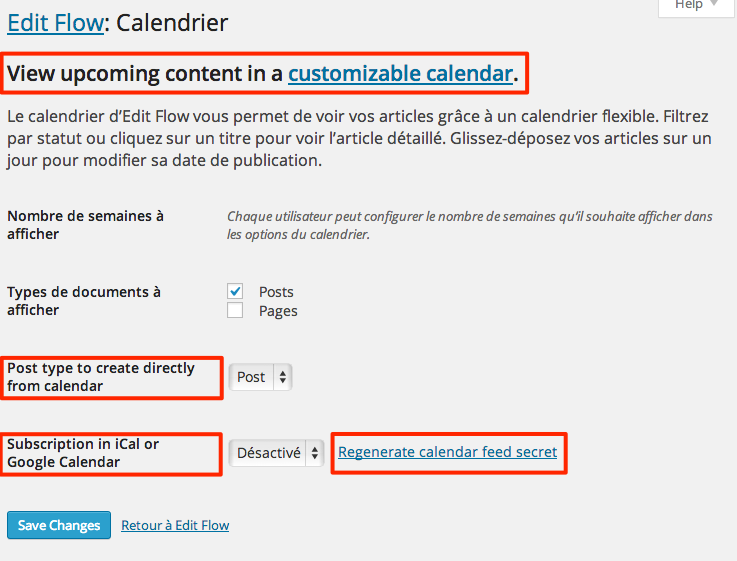 But, but, but, PoEdit told me otherwise… 🙁

Hmmm… I think I know what may be happening, which is that the supplied .PO file doesn’t match the originals’ .POT file. No problem, I’ll just do a Catalog → Update from POT file.. → Choose edit-flow.pot, in PoEdit. Aha, it looks like I was right: 34 new strings and 4 obsolete ones. 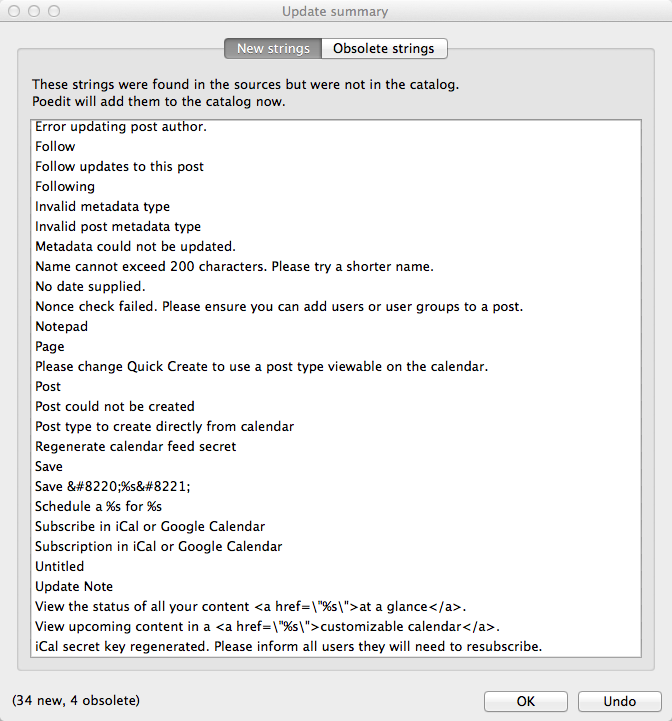 Ooook then, it looks like I just need to translate the new strings. At least, that’s what a normal user would do, assuming that normal users are actually aware of the whole process described above, and I am willing to bet that 90% of them are not. For the remaining 10%, to verify that the translations do match the originals, has become a standard, annoying step, particularly so when the potential for automation on the developer’s side could easily make it unnecessary. More about that further ahead.

Since I think of myself as belonging to the 10% who want to be absolutely sure that everything is as it should be, I usually add in another step, just for fun: let’s see if the .POT file (containing the original strings) does indeed reflect all strings used in the code: I use makepot.php, which I’ve checked out from the i18n tools repository to my machine, but you can do this in a number of ways, among which are using raw gettext commands on the command-line (which is mind-blowingly geeky), to using PoEdit’s Catalog → Update From Sources… option. I use it this way:

The command has run, new-edit-flow.pot has been generated, lets compare them. 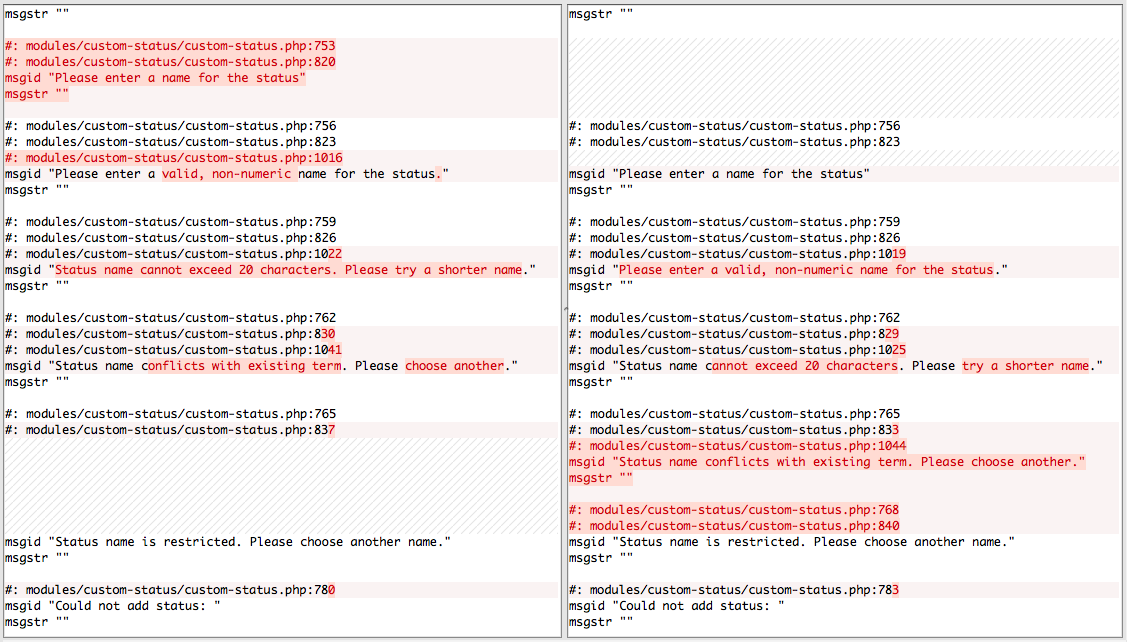 (Sample) on the left, the supplied .POT. On the right the newly generated one.

Well, that’s not going to work, is it? Now I’ll have to replace the old .POT with the one I’ve generated, do a a Catalog → Update from POT file.. → Choose edit-flow.pot in PoEdit, again, and finish the translation. Only now do I have the assurance that everything’s translated as it should.

Not the end of the world, but let us now put all of this in the perspective of a normal (ish) user:

These are just a few of the issues that I see happening over and over again. It’s frustrating because the fix is easy, implies close to zero extra work from the developer, and yet the vast majority of them simply ignore it, injecting .POTs and translations, as a mere afterthought.

It really is simple on the development side, if you keep these principles in mind:

As mentioned before, I have the utmost respect and admiration for the work that was put into Edit Flow. I will still, obviously, continue to use it and recommend it; nothing else comes even close to how useful it is. It is precisely because of that that I’ve allowed myself to write the above post. I hope it isn’t taken the wrong way. By the way, yes, I have really generated a new, correct .POT, am in the process of finishing the translation and the plugin will shine (it already does) as a deciding argument for moving the new site and its dozens of contributors, from an archaic, custom CMS to a shiny new WordPress installation.

And a post-scriptum, for Dre and Brad, because Im still not sure that that confusion has been dissipated: you, as a developer, are not required to supply any translations. We translators do that, for free, as long as you give us the proper material to work on 😉